Alienese, the alien written language seen throughout the show, was created as an in-joke to see how fast fans could decipher it.

The second language is much more complicated, but was solved thanks to the determination of Futurama's audience. 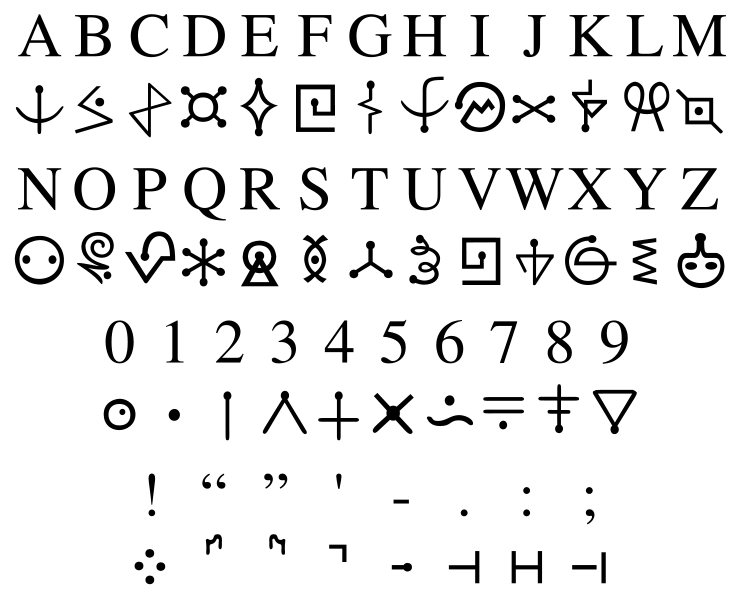 Alienese has made one cameo on The Simpsons. In "Beware My Cheating Bart", Homer gets hooked on a parody of Lost. In a brief scene allowing the viewer to see the screen, alienese is shown on a Boulder with the actors of the parody staring at it. The text is, in English, "Watch Futurama Thursdays at 10."