William Richard Werstine, known professionally as Billy West (born April 16, 1952), is an American voice actor, comedian, musician and radio personality. He provided the voice for many characters on Futurama including the main protagonist Philip J. Fry, as well as other main characters such as Professor Farnsworth and Doctor Zoidberg. 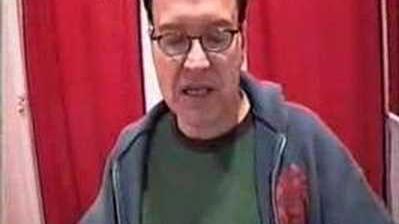 An example of Billy West doing some of his more famous voices.